Currently, there is no state budget. Funding for human services and other vital services such as education and childcare is in serious jeopardy.

Governor Rauner is pushing for deep spending cuts, including $138 million in cuts to human service. The Illinois General Assembly’s budget, vetoed by the governor, includes nearly $5 billion more in spending than Rauner’s proposal, but is about $4 billion short of the revenue needed to cover the spending.

We cannot abide this situation any longer! Conditions at the DHS office at 5050 N Broadway are already bad enough as it is; we fought many years to fix problems such as bed bugs, mold, mice, excessive heat, and lack of parking.

NA4J and the Alliance for Community Services partnered to host town hall meetings to educate members about these devastating cuts. Over 75 people attended our Northside town hall meeting on May 6, facilitated by fellow board members Louella Pickett and me.

Illinois has a long-term structural budget crisis. A budget solution that prevents continuing crisis after crisis requires long-term progressive revenue measures. NA4J urges our members to contact their state legislators in Springfield to push for progressive revenue solutions and to end this austerity agenda. None of our state legislators have proposed bills for new revenue; they are only criticizing Rauner.

Northside Action for Justice has an important voice in our community and plans to continue the fight for adequate funding to support decent, robust public services. 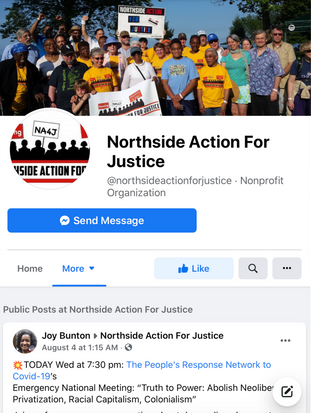 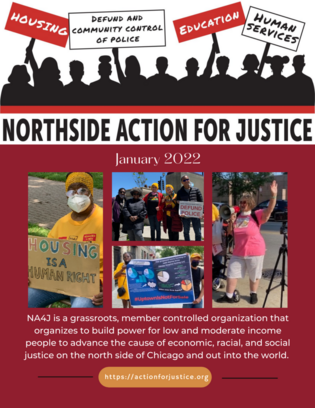 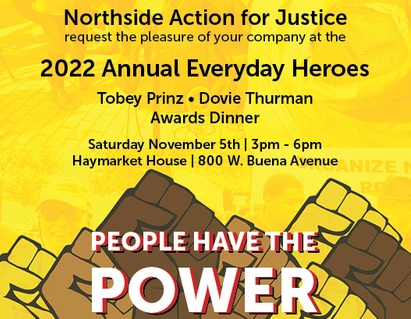 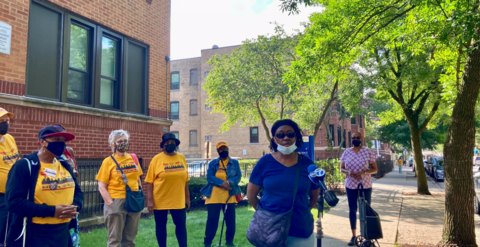 ​​Northside Action for Justice (NA4J) is a grassroots, member-controlled organization that builds power for low- and moderate- income people in order to advance the cause of economic and social justice on the north side of Chicago and across the globe.

Have an issue in your building?

To review, here are some proposed cuts:

·         During the course of a year over 36,000 senior citizens will lose the services that allow them to live independently. Also, over 10,000 persons with disabilities would lose all services.


Impacts on youth and families

·         Childcare is cut by $135 million by eliminating any services for children over 6 years old. Parents will now have to choose whether to leave their children 7 and older home alone during work days if the parents work to support the family.

·         Respite services for 1,840 families with developmentally disabled or delayed children will be eliminated.

·         All statewide services and supports for families with Autism will be eliminated.

·         State support for Easter Seals and Epilepsy Foundation and their statewide community-based service networks will be eliminated.

·         Early Intervention Programs will be drastically altered by raising the threshold for EI to a developmental delay of 50%.

·         Severe cuts to all services (including dialysis) for persons with Renal Disease which threaten the viability of kidney dialysis service statewide.

·         Elimination of the Alzheimer's Program and Poison Control Centers

The referendum was on the ballot in 37 wards throughout the city, garnering 87% of the vote citywide. Every single ward approved the Elected School Board referendum with at least 82% of the vote.

NA4J put the referendum question on the ballot in the 46th and 49th wards. We congratulate all of our members who worked hard to gather the signatures and turn out the vote for the Elected School Board referendum.

We need to put the Elected School Board issue at the forefront of the April 7th mayoral and aldermanic runoff elections. Meanwhile, we will continue to push our state legislators to move towards establishing an elected, representative school board.

Want to Be Part of Planning NA4J Campaigns and Activities?
Join A Campaign Committee!

Meetings are open to all members, but please RSVP.

No TIF Giveaway for JDL!

NA4J members, along with members of Coalition4Uptown, TIF Illumnating Project, and Jesse Sharkey of the Chicago Teachers Union, testified before the Chicago Community Development Commission against this proposal. Our next step is to pressure the city council to vote NO on this massive abuse of TIF Funds.

More coverage from Progress Illinois and the Chicago Reader